Oh my lord, the score for this film fits so perfectly. Every scene that's meant to feel intense was amped by a hundred because of how good the score was. Let me just say though, none of them will be found iconic, but they fit the story and scenes so well.

In the end, I walked out, feeling very satisfied. Nevertheless, I do have issues with the film that I cannot really express without spoiling bits of the story. There are definitely little inconsistencies that I found myself uncovering as the story progressed. However, I only had one issue that I found impacted my enjoyment. That issue was understanding some of the dialogue. No, not in the sense that the movie is too complicated, but more that it was hard to make out was being said at times. It felt like the movie required subtitles, but that probably was because, at a time in the film, there was far too much exposition.

SYNOPSIS: Armed with only one word - Tenet - and fighting for the survival of the entire world, the Protagonist journeys through a twilight world of international espionage on a mission that will unfold in something beyond real time.

Great movie, very fast paced and you need to keep up! Loved it. 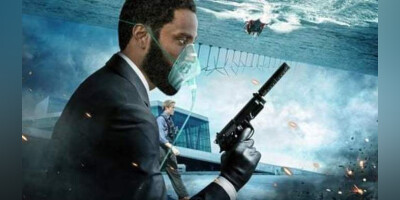